More than a waterpark, more than a theme park: an fun oasis of about 80.000 square meters, which was created from 10.000 tons of white sand, more than 2.000 palm trees and vegetation similar to a botanical garden. It’s located in Jesolo Lido, but it seems a magical world. You can feel in the Caribbean, just by going to Caribe Bay.

Caribe Bay is the waterpark created by Mr. Luciano Pareschi and Ms. Carla Cavaliere, born in 1989 and known as Aqualandia until 2019 – the year of the name change.

A park that offers fun and excitement for the whole family: from the rough waters of Crazy River to the wide curves of the Toboganes, without forgetting the Pirates’ Bay with the custom-made attractions for children. A park that makes visitors fall in love!

Among the most famous and loved attractions there are Roatan and Jungle Jump: Mr. Luciano Pareschi, owner of Caribe Bay, and Ms. Paola De Biasi, national sales manager of New Dieresin Contract, will better describe these attractions on our blog. 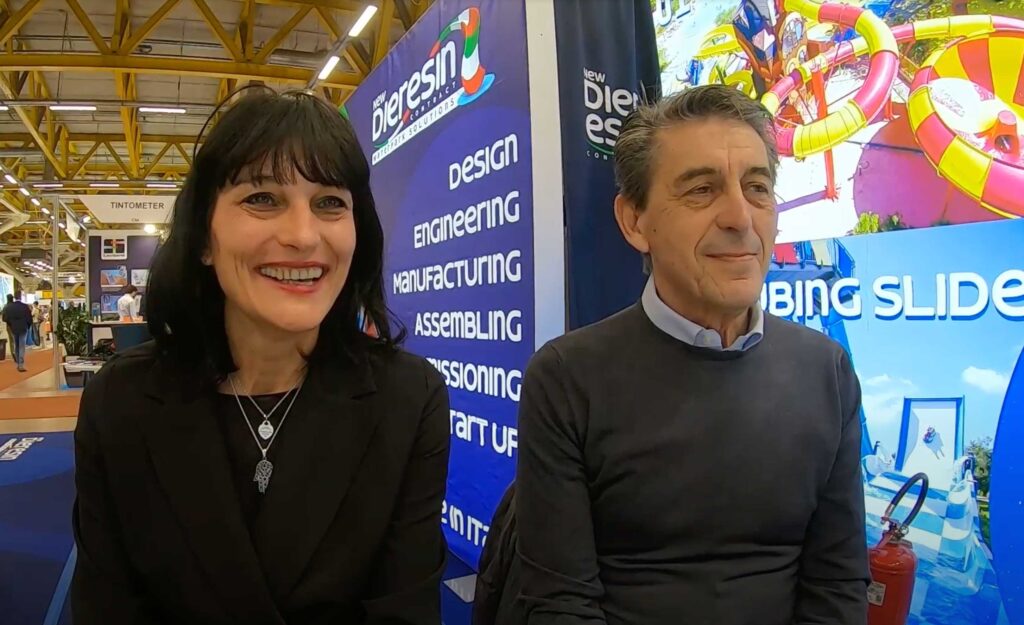 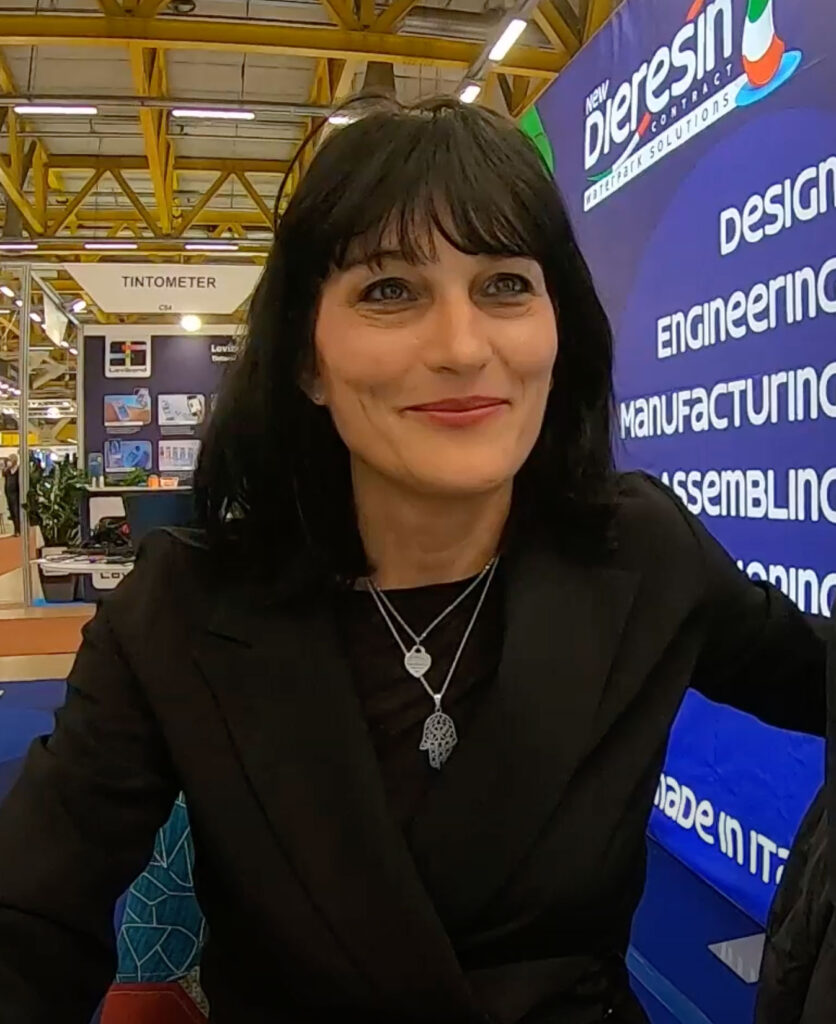 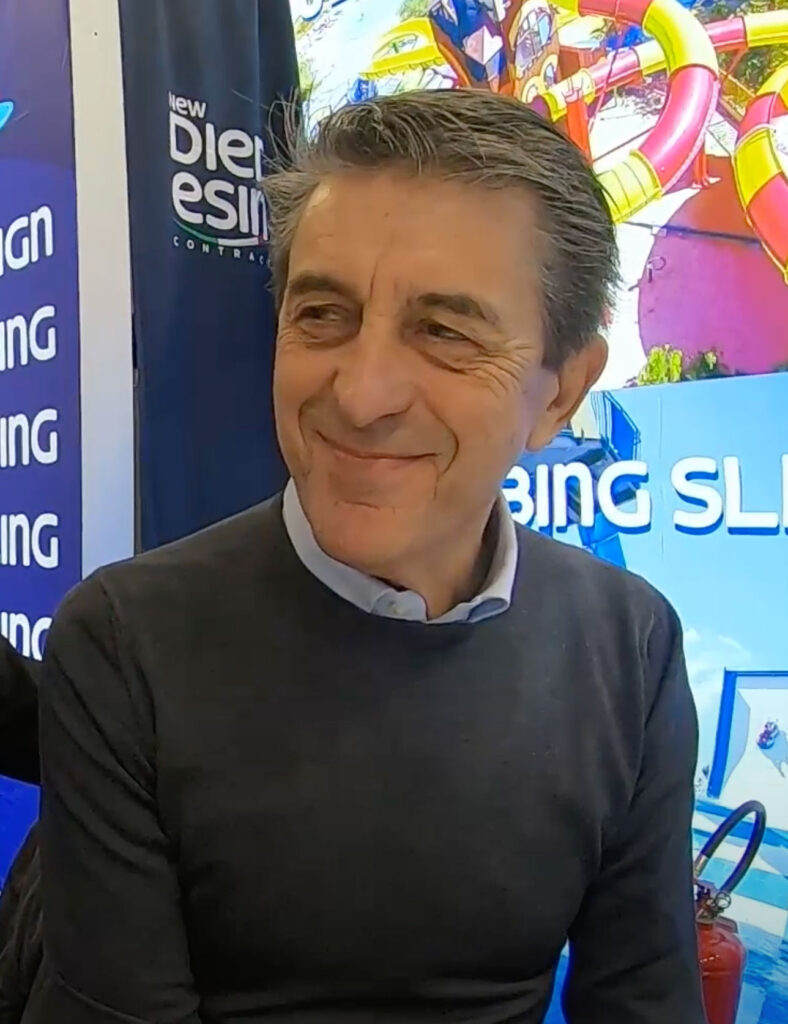 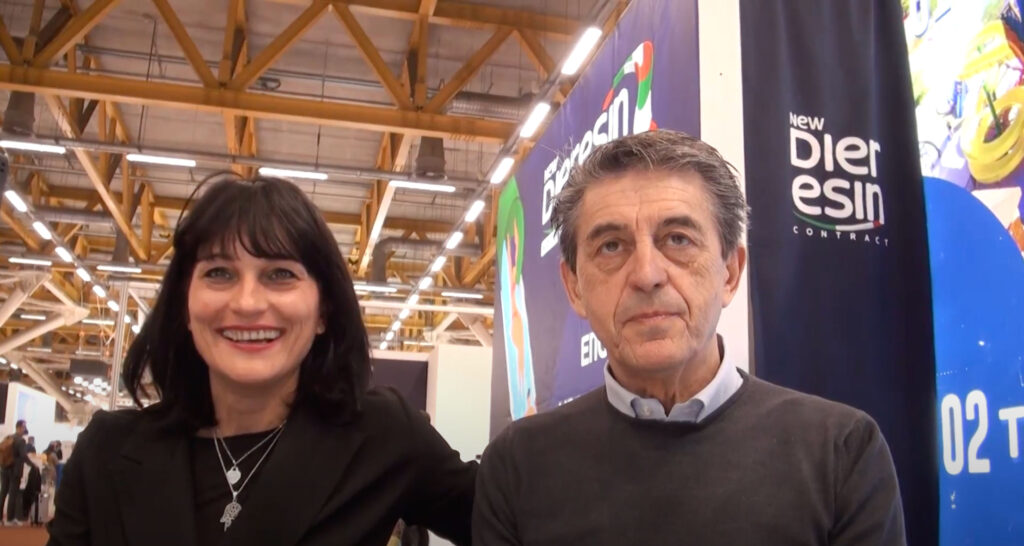 Roatan is considered an icon for all the Italian waterparks: it is a highly themed lazy river (350 meters long), which twists and turns along an area customized with the smallest details.

«Initially we were dedicated to highly adrenaline-pumping attractions dedicated to a younger audience. This is how Spacemaker, Scary Falls, Jungle Jump were born – says Luciano Pareschi – Then we decided to expand the concept of waterpark adding sets, shows and coreographies. At that time, we needed and attraction dedicated to the whole family: in this way, we had the idea of Roatan».

The process of designing a waterpark attraction always hides many difficulties. In order to design Roatan’s system, for example, was required an important evaluation by the technical team of New Dieresin Contract. «My first idea didn’t consider technical needs – confirms Mr. Pareschi – and for this reason the competence of New Dieresin team was fundamental. In fact, I received an exact calculation of the necessary technical specifications: twelve pumps and a specific purification plant were needed for the almost one thousand tons of water that are moved along the river».

The design of any waterpark attraction, in fact, starts from the smallest details and each system is custom designed to fit the available space. Roatan was no exception, as Paola De Biasi tells us: «The planned route for the river very narrow curves. Therefore, there was an important study by our team to arrange the compartments dedicated to the pumps, which are distant from each other and connected by about seven kilometers of polyethylene pipes. In addition, the river runs along two parallel paths quite close: this particular situation has increased the difficulty of the work even more».

Roatan is today one of the attractions appreciated by visitors at Caribe Bay: «We, as in every situation, have faced with attention and passion the challange to realize Roatan in the best way – continues the sales manager of New Dieresin –  and it was a great satisfaction to know that it is so appreciated by users». 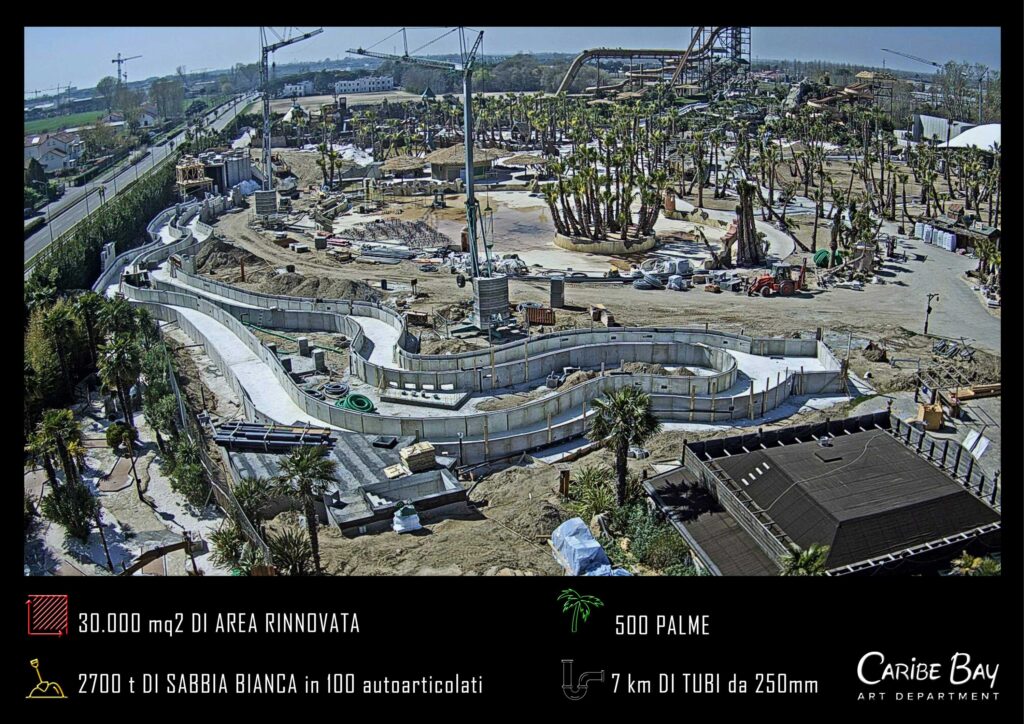 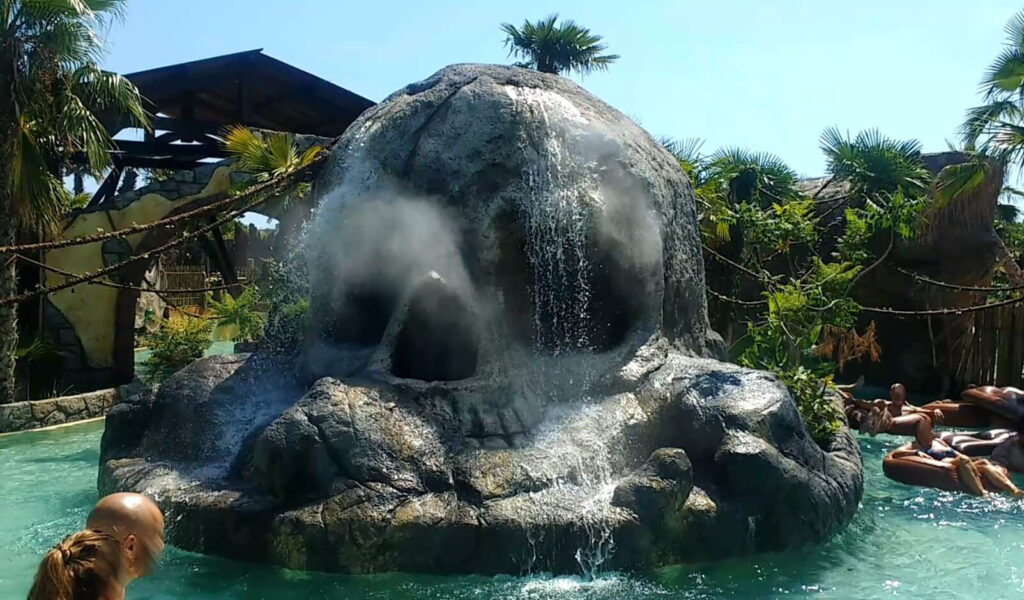 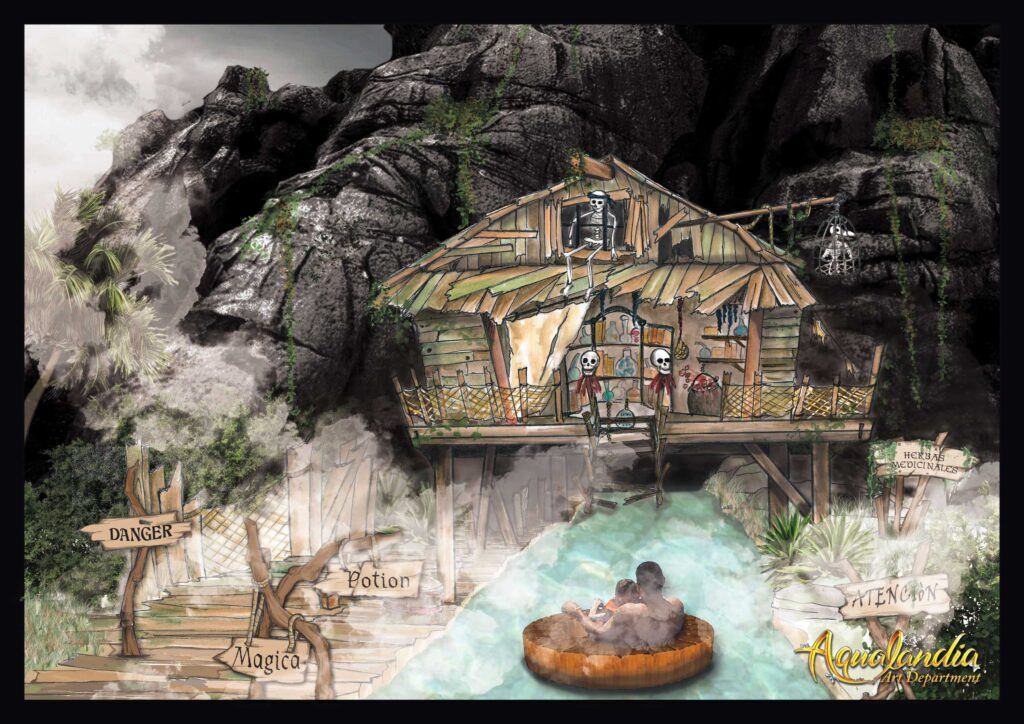 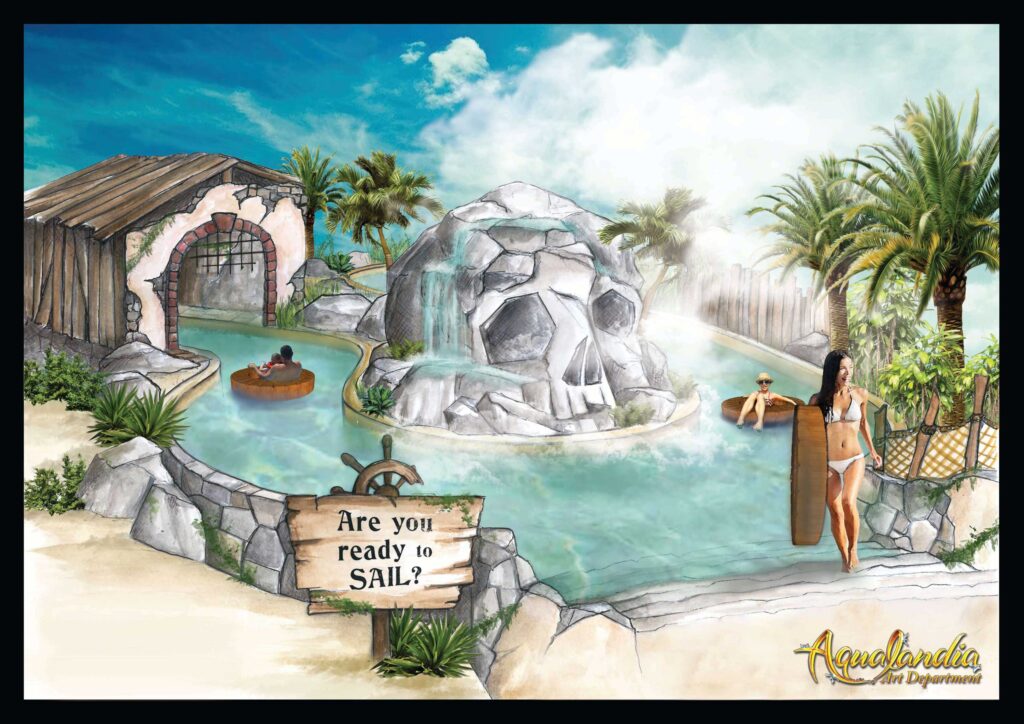 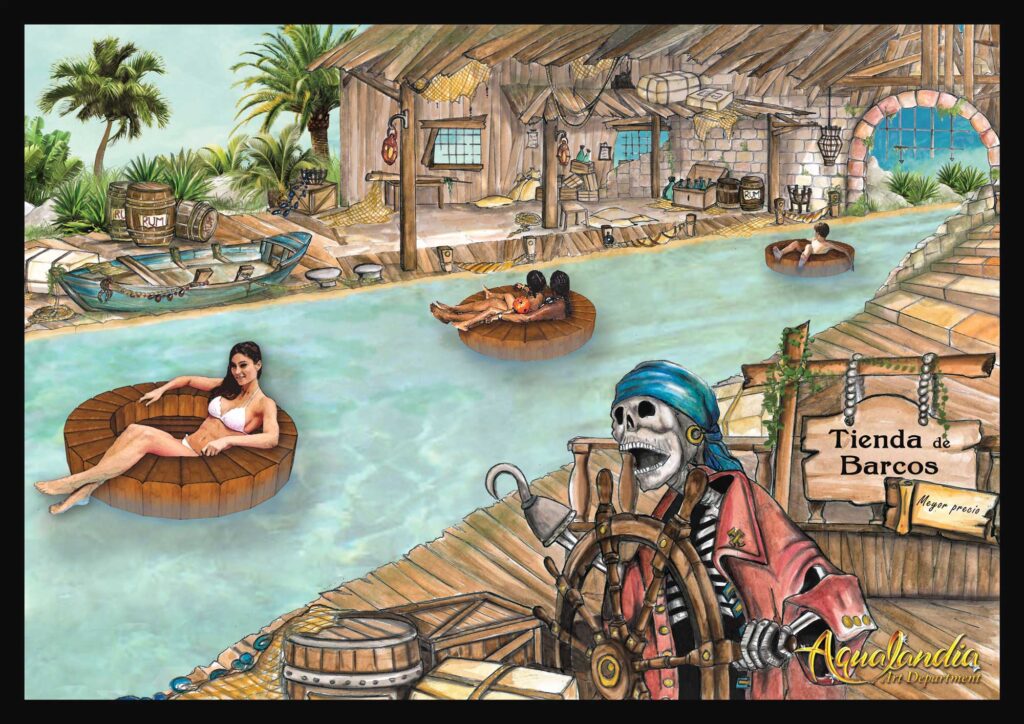 Jungle Jump: waterslides to whirl in the sky

Caribe Bay also features another standout attraction for the Italian waterpark market. It is Jungle Jump, a waterslide with a very rapid path that shoots users up to the sky and makes them fly and spin, until the final splash into the pool. «I had seen a video of a waterpark in America and one attraction most of all struck me: three slides with a raised final section, and the boys who jumped literally flew to the sky –  says Luciano Pareschi – I liked the idea, which I proposed  to Paola and alla New Dieresin».

This idea, therefore, comes to the study of the engineers team, who calculate the width of the jump foreseen by the angle of the slides: to reach this jump, it would take a 15-meter-long arrival pool. Starting from here, New Dieresin’s team worked side by side with Luciano Pareschi until the final test: the owner of Caribe Bay himself made the first jump, under the incredulous eyes of all the staff.

Since then, Jungle Jump has added an incredible value to Caribe Bay. «It is always a gamble to work with Luciano Pareschi – says Paola De Biasi – Our companies are linked by mutual respect: for New Dieresin it is always stimulating to work with Caribe Bay. Therefore we are impatient for Luciano’s next idea».

And the next big idea may not be far off: «Caribe Bay is a waterpark that always tries to create interesting attractions for our guests – concludes Luciano Pareschi – seeing their smiles and hearing their thanks for the day just passed is our greatest satisfaction. This is why it is essential for our waterpark to have a partner company capable of opening up to new and innovative situations. This is why the collaboration with New Dieresin has been fundamental in recent years, and will continue to be so: new challenges await us shortly».

This website uses cookies to improve your experience while you navigate through the website. Out of these cookies, the cookies that are categorized as necessary are stored on your browser as they are essential for the working of basic functionalities of the website. We also use third-party cookies that help us analyze and understand how you use this website. These cookies will be stored in your browser only with your consent. You also have the option to opt-out of these cookies. But opting out of some of these cookies may have an effect on your browsing experience.
Necessary Always Enabled
Necessary cookies are absolutely essential for the website to function properly. This category only includes cookies that ensures basic functionalities and security features of the website. These cookies do not store any personal information.
Non-necessary
Any cookies that may not be particularly necessary for the website to function and is used specifically to collect user personal data via analytics, ads, other embedded contents are termed as non-necessary cookies. It is mandatory to procure user consent prior to running these cookies on your website.
SAVE & ACCEPT